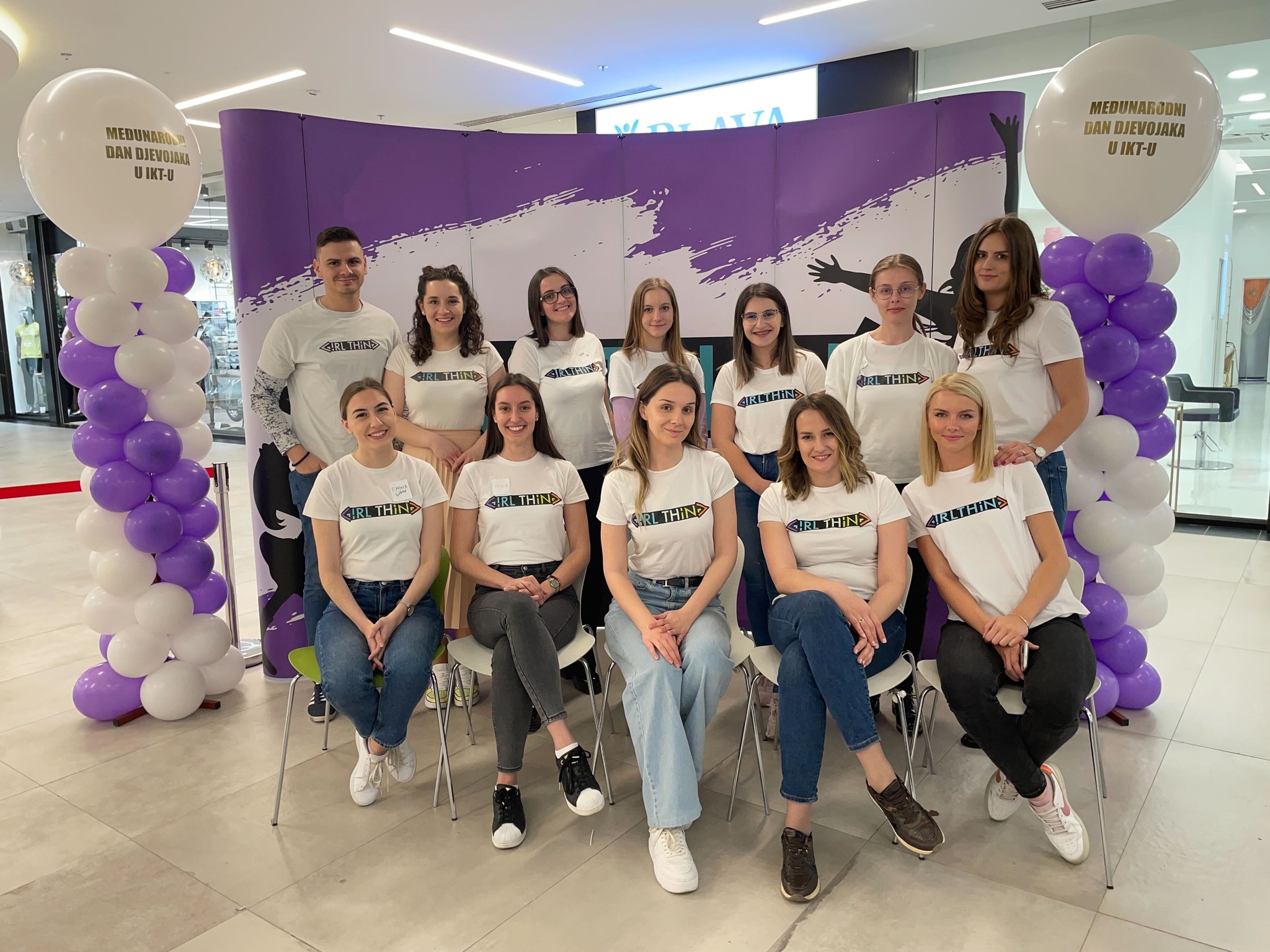 How it all started?

Why don't women support each other? Why don't we cheer for each other? - those are only few of a lot of questions that were on my mind when I thought how, in my long-term career as an assistant professor at the Faculty of Electrical Engineering in Tuzla, I more often established contact with male students than with female students. Even I used to be frustrated that they could not understand certain concepts and I believe that I hurt them with my attitude. On the other hand, I myself was fighting my own demons. I always wanted to be a part of the group, where I would feel accepted just the way I am. Growing up and trough my career I was mostly alone, which made the steep path to the top even more difficult.

After completing my doctorate, I received an invitation to participate in a panel on the subject of girls' involvement in the study of eletrical engineering and computer science. The college where I am employed had a relatively a large percent of enrolled girls compared to the other colleges in the region. However, after graduation, a large number of these same girls found "easier" jobs compared to their male colleagues. Rarely we would hear about some female student that have succeeded and realized herself in her career. That got me intrigued and I started observing female students on the hallways, and stopping them and asking them what they think they lack. The answers I got were related to their lack of self-condifence in one's skills and the absence of work on real projects. I also had that same problem while I was student on the same faculty years ago. I remembered how I needed support and advice back then, but I had noone to get it from. I used to look at my male colleagues and think how they are smarter and more capable than me, just because they discussed topics about which I had no idea about.

My husband Elmir gave me an idea to start an initiative for young girls, who will have support in their professional development that they missed in their traditional schooling. One phone call was enough for me to step out of my comfort zone and with help of future members - female students, to organize first initial meeting on the December 28th, 2018. On the meeting, there were about 80 young girls, female students of Faculty of Electrical Engineering in Tuzla who had the wish to learn something new.

Vision: Young women during and after education have the chance to work, contribute and be successful in the field of STEM technologies.

Mission: GirlTHing provides the opportunities for development to young girls and women through various educations and projects that enhance their self-confidence and inspire them to pursue their career in IT sector.

GirlTHing started as an initiative within the walls of the Faculty of Electrical Engineering in Tuzla. In March of 2019, we became a branch of the Student Council of Faculty of Electrical Engineering in Tuzla and by doing that, unlocked the door to a more serious world, world of projects financed by all levels of government, foundations and foreign and domestic donors. We took place in one such project and as one of the winning teams, we received financial support for establishment of the association. Association of young women "GirlTHing" was officially registered on 17 September 2020 and thus we have opened the door to all young people, especially young women, who want to develop their primarily IT skills, try something new, gain self-confidence and get a chance for progress.

Since its forming till today, GirlTHing aims to increase the number of women/girls in ICT sector by implementing projects and campaigns. We want to improve the quality of life of women and further strengthen and affirm them.

GirlTHing may have been created on my initiative and idea, but it has certainly survived thanks to our president Lejla Basic and few other wonderful young women/girls who have recognized the possibilities and need for one such association.

GirlTHing is our mutual story that we keep and build, by devising new projects and workshops for skills that are nedeed on the work market, by cooperating with companies we help the society, female students and employers to prevent the outflow of young people from Bosnia and Herzegovina. 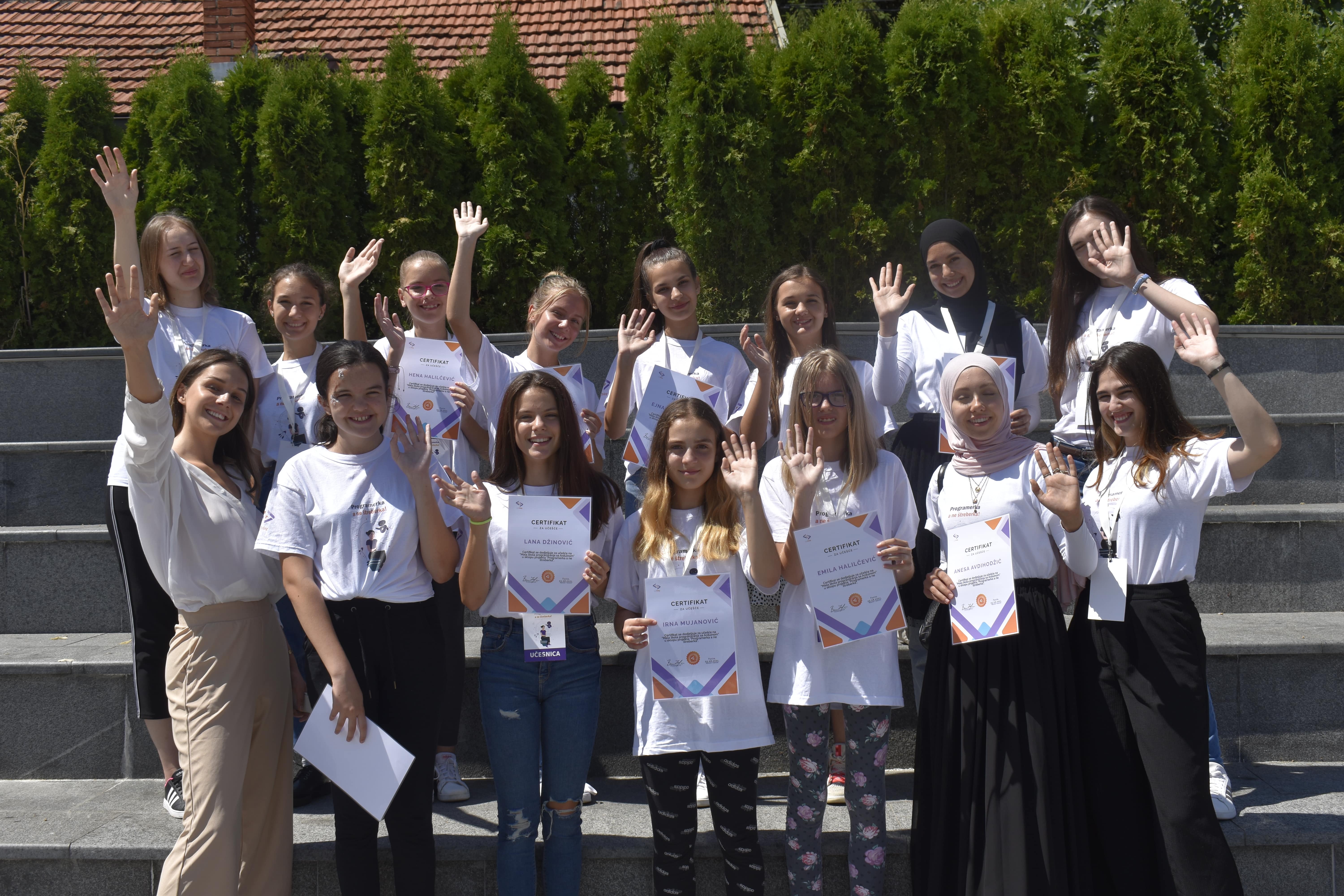 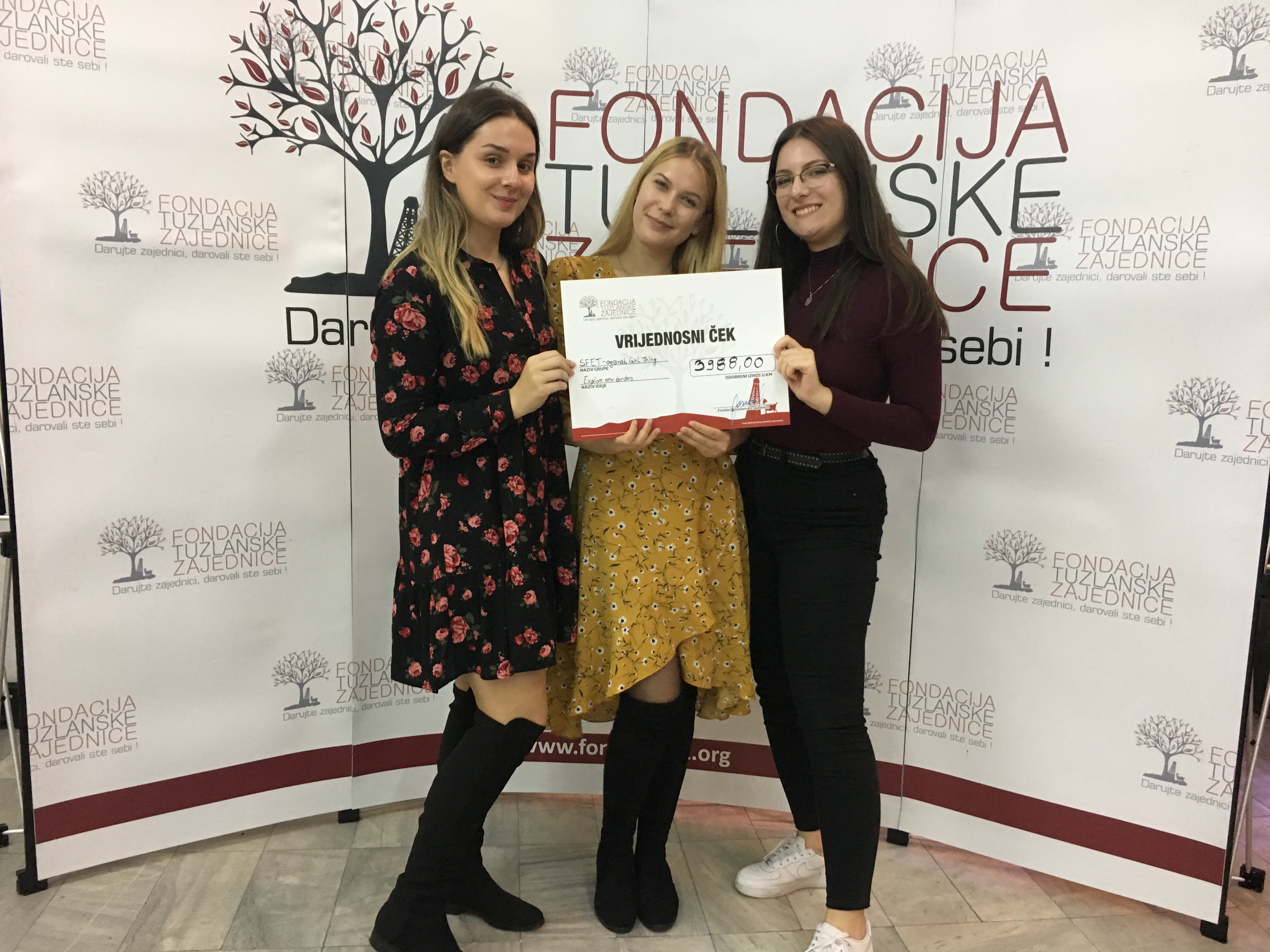